You need to register before you can submit reviews. Please click here to register. Or if you are already registered, please login below. 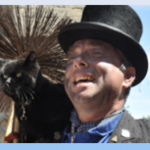 Areas Covered
South East; From; Worthing to Guildford to Central London to Maidstone down to Rye. Brighton, Horsham, Croydon and Tunbridge Wells.